1 Day to go until Opening!

1 Day to go until Opening! 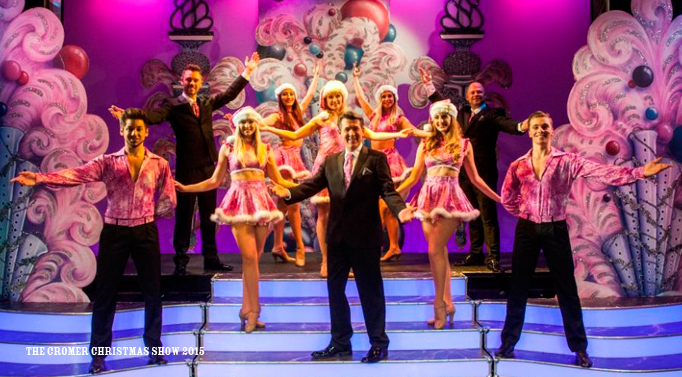 There is just one day left until our 11th Cromer Pier Christmas Show opens, on Saturday 28th November and we are all very excited to see the full performance!

The last official dress rehearsal starts this afternoon and final preparations and tweaks are being made; Visual Elements, our Lighting Team, are making their final checks; the Wardrobe Department are adjusting some of the multitude of costumes we use throughout the show; and the Stage Technicians are making sure the microphones and speakers are set correctly.

This show has a real mix of variety, including THAT famous song from Frozen, “Let it Go”, briliantly sung by the lovely Lulu Alexandra and Keith Pemberton, a Bollywood take on The Pussycat Dolls “Jai Ho”, and a sexy latino dance routine to Ricky Martin’s “Un Dos Tres”, amongst many other musical  moments. We also have a mix of more traditional songs including a happy, jolly one taken from the new West End musical production “Elf” and The Jackson Five’s seasonal favourite “Rockin Robin”, which everyone will be tapping their feet to.

The comedy will come in bucket loads from local favourite Olly Day and our comedy magician Steve Zebs. who will also be performing some fantastic illusions and magic before your very eyes.

Our Seaside Special Dancers will, once again, be showing off their high energy and versatile dance routines – including latin, tap, ballet, modern and ballroom. Their amazing, sparkly costumes and smiles will leave you with a warm feeling inside.

This year’s show is currently 40% up on sales compared to last year, with only one day to go and performances selling fast – so make sure you BOOK NOW to avoid disappointment!