A TRIBUTE TO THE REAL STAND UP – PAUL EASTWOOD 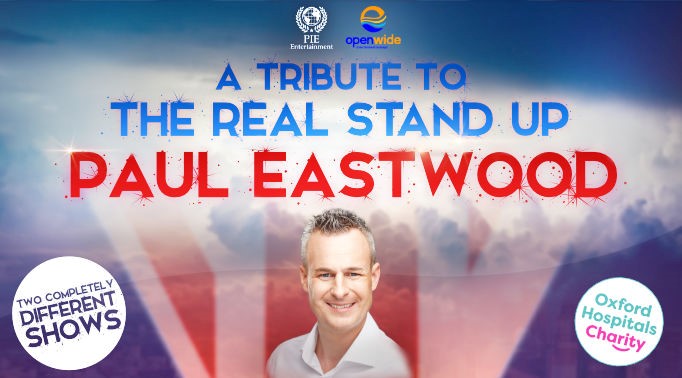 The cream of UK variety entertainment comes together this Sunday to celebrate the life of comedy legend Paul Eastwood in two fantastic charity events.  Funds raised will go to the Neuro Intensive Care Unit at The John Radcliffe Hospital 2069 fund, a charity close to the hearts of Corea, Harry and Paul’s family for the care and attention that he received. Paul is a part of the fabric of the Pavilion Theatre, so it seemed the obvious place to celebrate laughter, joy, and comedy in a fitting tribute to the man that has brought joy to so many during his illustrious career.

” No songs, no props, no gimmicks, just one man and a mic – The Real Stand Up”

Comedy is suitable for over 16s and may contain acts from the comedy club circuit.

*we reserve the right to make changes to the line-up without notice.