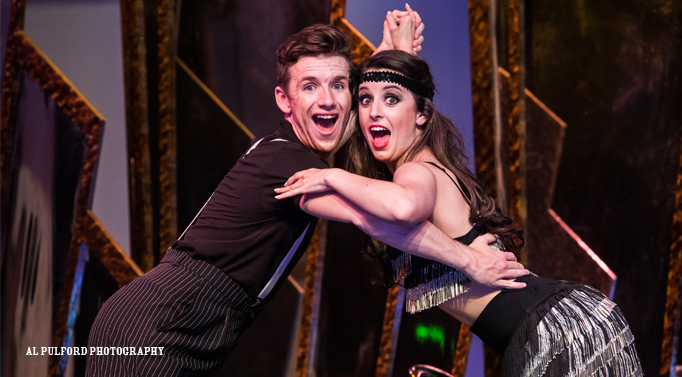 I am originally from Wigan, a town in between Manchester and Liverpool. I lived there with my parents, my older brother and younger sister. I lived there until I was sixteen and then moved to Tring, where I studied at Arts Educational School. I have been travelling since I was twenty, but love going back home to the North!…(it has the best cups of tea!)

We have a family dog, she is a black Labrador called Maggie! She is eight years old and is lovely!!

I started dancing when I was three years old at my local dance school and performed every year in the schools’ shows. I also did many different shows growing up, such as pantomimes when I was young and dance programmes such as ‘English Youth Ballet’.

I performed many different shows growing up, such as pantomimes when I was young and programmes such as ‘English Youth Ballet’. After graduating, at nineteen, I went to perform with the company ‘Jean Anne Ryan’, when I was twenty years old onboard the Silver Wind (Cruise Ship).

I have performed in many different places since I started dancing professionally. Having worked on cruise ships for many years I have been lucky enough to be able to travel and perform in lots of amazing places. Some of the ships I have performed on include, Cunard, Queen Mary 2 and Queen Elizabeth, Holland America Line, Silver Sea and Silja Line. I worked mainly with the production companies Belinda King Creative Productions, Qdos and Jean Anne Ryan. I have also recently finished a tour with Gandeys Circus!

I have been extremely lucky to work with some amazing individuals, choreographers and companies since starting dancing professionally. Some of the companies I have worked with include: Belinda King Creative Productions, Gandeys Thrill Circus, Qdos Productions, Jean Anne Ryan.

I have loved performing in most of the shows and venues over the years all for different reasons. I love being able to perform on land as it means friends and family are able to be included, however I did find it incredibly special when my parents were able to visit on some of the cruise ships I have worked on.

The most challenging venue I have worked at was at one of the sites during a tour with the Circus. The ground was usually very uneven and there were usually large fancy dress animals roaming around! It was, however one of the most enjoyable contracts I have done. I would definitely recommend running away with the circus!!

I have managed to have a few wardrobe malfunctions over the years! Including getting my pointe shoes caught in a long Tutu and falling over on stage in a solo, and also bra and corset malfunctions where I ended up revealing a lot more than was intended! I exited the stage quickly..!

I am so excited to be involved in the show, as I have heard so many lovely things about it. I am also looking forward to being able to enjoy a Summer in England and have friends and family come and watch the show. I have been away for the past five summers and so am looking forward to enjoying the time spent in an English Seaside resort!

I have been so lucky that I have had such a supportive family my whole life. Since a very early age my parents have been taking me up and down the country for various lessons and auditions and I definitely could not have done everything I have done without them. My Grandma and Grandad have always come to everything they can, and have helped out so much too.

From an early age I loved performing and making up routines that I made my family sit through (..sorry!) and also loved watching other performers, both famous and not. I worked as part of the backstage team in a theatre before dancing professionally. This gave me the opportunity to see and admire a huge variety of performers from comedians to singers and dancers.

My friends and family will be coming to watch the show. This will be really exciting as some have not seen me dance since graduating as I have always been performing away!

I have never been to Cromer before and so will love exploring! I will also love spending time visiting friends and family…and taking my dog out!