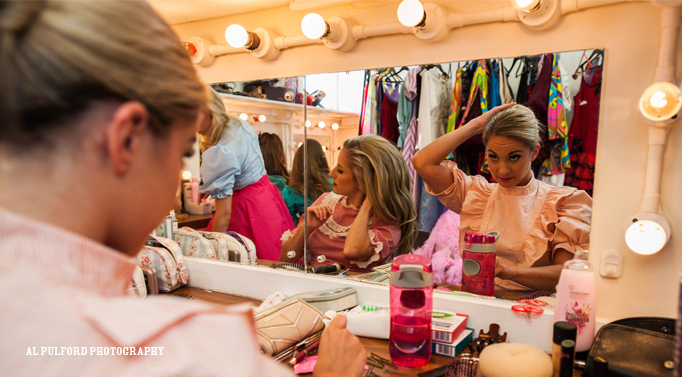 I’m from the Isle of Wight where I still come and go from, in between jobs.

My parents sent me to dancing when I was two years old but I wasn’t a fan. Luckily I got into it a while later and ended up being that kid who embarrassed my mum dancing down the high street (Billy Elliot style)! I went on to train at the Tring, Arts Educational School for two years at sixteen and never looked back.

My first professional job at eighteen was as a dancer at the Sani Resort Hotels in Halkidiki, Greece. I fell in love with the job, the country, the food and just about everything else about it and subsequently returned to work again for another two contracts and two holidays. The people I worked with on this job still remain some of my best friends.

In between working at the Sani Resort I have travelled the world working on Norwegian, Oceania and P&O cruise lines. I have also found a love for Norfolk spending two previous Christmas’ at the Thursford Christmas Spectacular and coming back this year for my fourth contract performing in The Cromer Pier Show.

My biggest professional achievement to date would probably have to be having my face on the end of the “Pier of the Year 2015!” advertising boards for the summer and Christmas shows!

Whilst working on P&O’s ship Aurora, me and a friend performed a duet with ribbons. During one show as we passed each other, our ribbons became attached. She spent the rest of the number with two ribbons while I was left with a stick!

I’m so excited for another summer in Cromer. I just can’t wait to be back on stage and I’m determined to finally make this the year I go crabbing!

Any additional information you’d like our audience to know about?

Since Christmas I have been lucky enough to do something a bit different and work on costumes for the Lion King for the brand new show that will open in Shanghai’s Disney resort in June 2016.