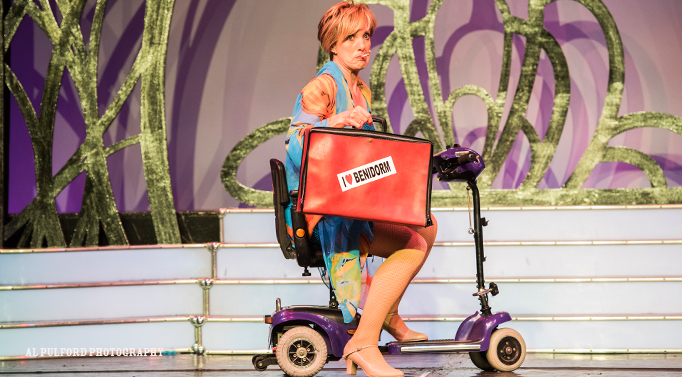 Our General Manager, Jo, caught up with comedy impressionist and local girl, Marea Smithson, to find out the story behind Marea’s fantastic appearance on Britain’s Got Talent 2012!

I was born in Norwich and grew up there.  I now live in a small village near Dereham in the heart of Norfolk.  I live with my daughter.

We have a Labrador called Fliss, a Bichon Frise called Barney, two cats, Mildred and Tigger and some goldfish!

I loved being in school productions at junior school and I used to write little comedy plays for myself and my friends to perform.

I can’t really remember – it would have been when I was about 18 and probably at a local pub or club.

I was once on the bill with The Brother Lees.

‘The Talk’ in Norwich – the hospital held a talent night a few years ago – a great audience.

My mobility scooter wouldn’t start to get me off stage at the end of my performance, so I had to walk off and leave the scooter….!

It will be so nice to do something completely different and have a change of scene.

I remember going to see The Russ Abbott Show at Great Yarmouth when I was about 17 and thinking, I want to do that!  I also loved watching Mike Yarwood, Janet Brown and Faith Brown.

I’m lucky in that being local I will have a lot of support with family, friends and the radiology department at Norfolk & Norwich Hospital all coming to the shows.

What will you be doing on your precious days off ?

Trying to be a domestic goddess!