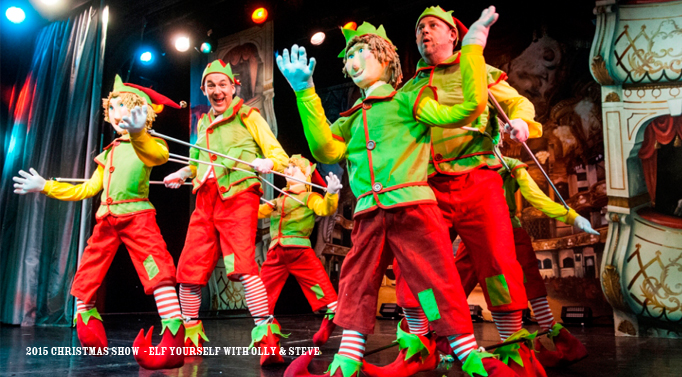 The Christmas clock is ticking and with only a few weeks left to curtain up for the 12th Cromer Christmas Show we thought it was time to introduce you to this year’s cast.

Over the last few years, the show has got bigger and bigger and is now considered one of the best family Christmas shows in Norfolk, strengthening the county’s festive entertainment offering.

We are delighted that Christmas Show legend Olly Day will be returning for his 8th year.   A firm favourite with our audiences, Olly has been busy finding lots of new gags and magic to perform just for you.

Olly is joined by Martyn James,  last appearing in the Christmas Show in 2013, Martyn is nothing short of magic! A versatile performer he is an award winning comedian, as well as a recognised magician and illusionist.

Vocals from Duncan Sandilands, Duncan is part of an all-male acapella group which has made numerous appearances on television and at festivals, he is very much looking forward to his first Cromer Christmas with us.

Vocals from Emily Yarrow, Emily will be returning to the stage after a highly successful summer season in the Cromer Pier Show. Emily’s moving and mesmerising  operatic performances won the hearts of our audiences throughout the summer.

Of course, no Cromer Christmas Show would be complete without the sensational Seaside Special Dancers adding glamour and sparkle, with the children from Marlene’s School of Dance providing the aah factor.