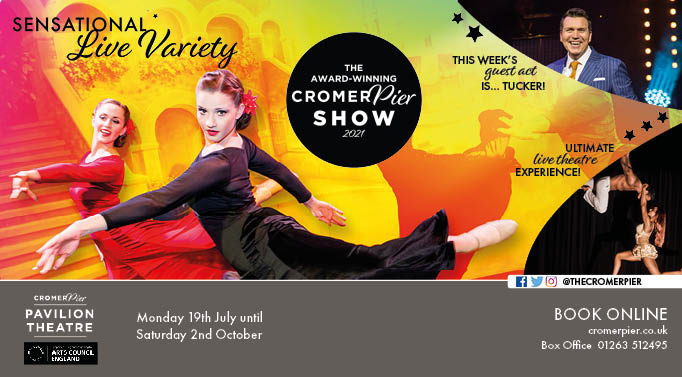 Tucker, was always the joker in the pack at school, but it was only after a career as a plasterer and as a Blue Coat at Pontins that he found his feet on the comedy stage.

Paul, known as Tucker since a boy simply because he shares the same surname as Tucker Jenkins from Grange Hill, has been a staple of the comedy scene for the past two decades. He travels the world over with his gags, observational humour and wry take on the world. In his own words: ‘I’ve been everywhere being funny.’

He has performed at Wembley Arena and The Royal Albert Hall, been on tour with Barry Manilow, Bradley Walsh, The Stylistics and had Basil Brush as companion!  His theory is that there are two types of comedians. The first says funny things, the second says things funny.

Now into his 21st year of making people laugh, Tucker has a solo show but has also created his own variety show with Saturday night star billing at Warner Resorts.  This feeling is something he’s reluctant to let go and even though he now manages 18 artists, the call of a life touring and living out of a suitcase is strong enough for him to dramatically declare as a parting shot:

‘I’m never ever going to give up showbiz. Showbiz will have to give me up first.’

Tucker is performing from Tuesday 28th September until Saturday 2nd October. For days, times and to book, click below.