An exciting first glimpse of the 2018 Cromer Pier Show, it is promising to be “the greatest show” in the shows rich history of success. 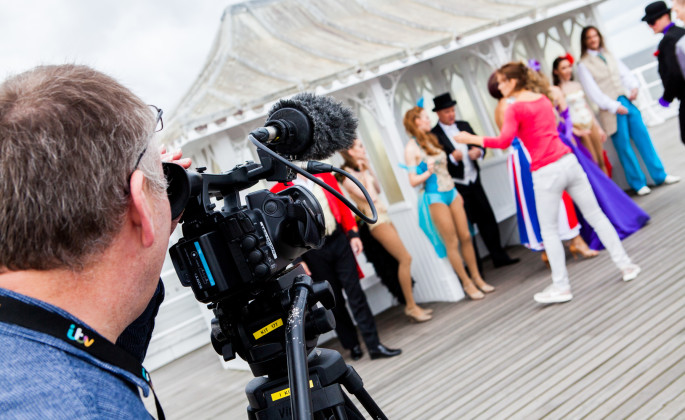 The theatre was filled with anticipation to see the very first sneak preview of The Cromer Pier Show 2018 for the press. Slightly breezy but with glorious blue skies, members of the press and local businesses mingled in the pavilion bar for pre-show refreshments and press packs complete with show merchandise as a souvenir of the day.   General Manager Francis Guildea welcomed the guests and introduced the performance explaining the need to keep the show relevant, fresh and vibrant to appeal to the new band of variety lovers whilst remaining true to the shows famous origin.

The music began,  there was a gasp of excitement from the audience as the “The Greatest Show” from the worldwide hit movie “The Greatest Showman”  boomed out into the auditorium, the curtains opened to an incredible burst of colour, the cast looking splendorous in bespoke costumes, designed by Costume Designer Laura Whyte,  the opening scene set crafted by 3D Creations,  a magnificent burst of  orange.   It was an opening with a difference, a new look for the shows 41st year with a  brand new cast.  Compère and comedian Steve Terry radiated a genuine warmth,  clever comedy and a fabulous voice, G  a zany character with an amazing repertoire of voices with quick fire voice changes delivered with his  own unique style and insatiable energy.    Zooka and Suzie Q vaudevillian magic and illusion duo burst onto the stage, an explosion of colour and energy with a quick change routine that left everybody scratching their heads, how did they do that!   Cromer Pier Show darling Emily Yarrow back for her fifth consecutive season and Harvey James returning after twelve years an awesome duo of vocal power and of course the incredible Seaside Special Dancers, oozing with glamour and sophistication,  Gemma, Connor, Emily, Mason, Jazzy and  Siân.

The audience were rapturous with excitement that this really could be “the greatest show” in our famous shows rich history of success.