We’ve announced full details on an act who will be performing in this year’s Cromer Pier Summer Show, find out who it is here.. 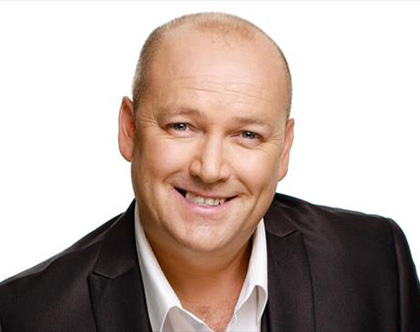 … Steve Terry is back!

We are delighted to announce the return of comedian compere Steve Terry. Back in 2018, Mr Terry enjoyed a bountiful season performing in the Cromer Pier show. His acts are inspired by comedy legends Tommy Cooper and Bob Monkhouse, who he grew up laughing with and admiring. So, there is no wonder his 2018 bird watching double entendre comedy sketch is a magical moment in Cromer Pier’s show history!

His ability to tailor his comedy to suit the audience around him stands him out as one of the best in the business.?

To add another string to his bow, Steve Terry is not only an accomplished stand-up comedian, but also an exceptional vocalist! His talents have allowed him to perform for leading Cruise lines, Holiday Centres, Hotels and Theatres.

Have a sneak preview of his brilliantly funny work here.

Steve Terry is an experienced, friendly and fantastic performer. His ability to create unique, memorable performances are just a few of the reasons why we are thrilled to welcome him back to perform in the 2020 Cromer Pier Summer Show.

We will be continuing to announce details on more acts that make up the strong cast of 2020, so keep an eye on www.cromerpier.co.uk.

The opening performance takes place on Saturday 20th of June in the famous Pavilion Theatre, the home to the only End of Pier show of its kind! A delicate fusion of traditional and contemporary variety, finest production values, glitz and glamour, laugh out loud comedy, stunning vocals and much more…

Join in the magical experience that is the Cromer Pier Show! Book early and guarantee that you, your friends and family have the best seats in the house…

Don’t forget if you want to receive all the latest news, sign up to our e-newsletter here or follow us on social media!