Christmas came early to the pier as the town was enchanted by the magical transformation. 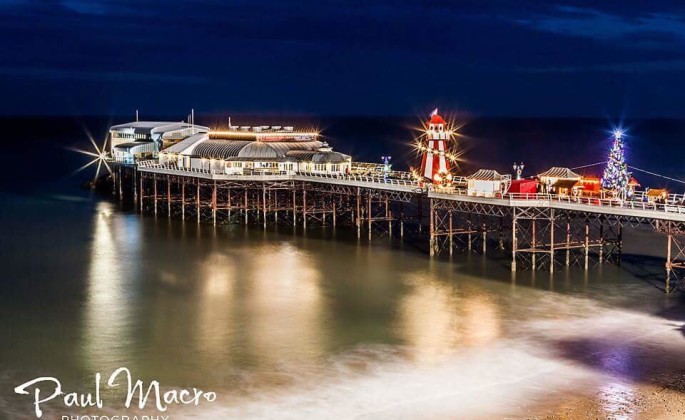 Christmas came early to the pier as the BBC filmed for a top secret Christmas project on Thursday 4th October.   The dressing of the pier began on Wednesday the 3rd October, enchanting the town from the moment the 24 feet traditional Norwegian Spruce arrived, closely followed by a traditional red and white helter skelter topped with a union jack flag.  The helter skelter owned by Events With A Difference is one of only three of it’s kind in the UK and could previously be seen on the sea front at Great Yarmouth for thirty years.   The Victorian scene was completed with vintage game stalls, sideshows and traditional festoon lights lined the pier.  It was a truly magical sight, photographed and watched by thousands of locals and visitors, we cannot wait to see the finished product on prime time television, but that’s as much as we are going to give away…